by My Cat's a Super Hero (McAsh) 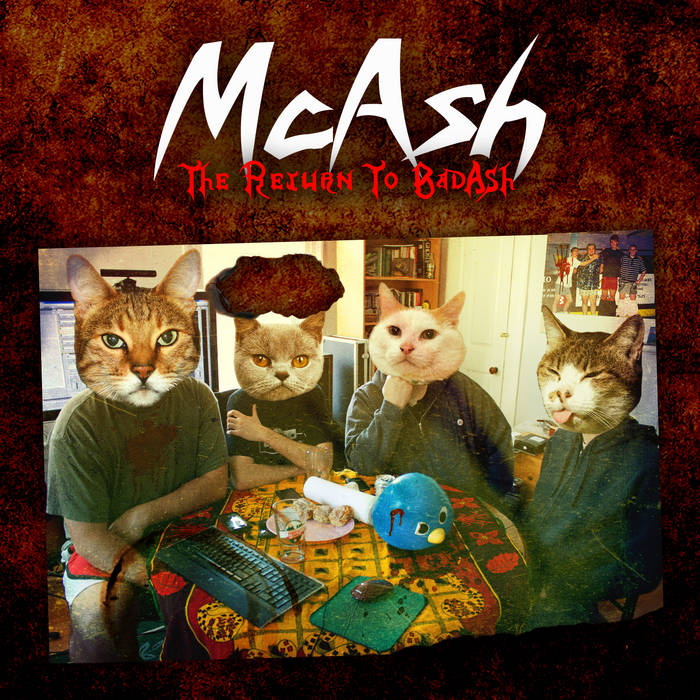 Back in the ages of 1999, there lived a band the likes of which the Upper Valley had never seen. My Cat's A Super Hero (McAsh) took VT/NH by storm, rocking literally TENS of stages through their initial life during the golden age of punk/ska. The legacy of McAsh has stayed strong, having reunion after reunion through the past 13 years and through the chants and praises of fans wherever they go. After going through something like 18 members and a few one-off performances, 2012 sees the return to the C.O.R.E. of McAsh, reframed, reconfigured and remixed.

RETURN TO BADASH reimagines our heros, McAsh - made up of bassist Brendan Dangelo, guitarist Kiel Alarcon, drummer Tim Knapp and vocalist/horns-now-also-turned-2nd-guitarist Ryan Hebert, as commanders of the jaded, internet-aged, post-everything, music scene, transforming their 1999 full legnth album, BadAsh, into a living document that can now live in the hearts and minds of ALL souls looking for sonic redemption for their years of aural blasphemy.

Let us all shed the constricting demons of ska, of dance punk,of nu-metal, of electro, of emo, of hardcore, of post punk, of noise, of death metal and of crunk and join hands with our brothers as one. Who better to lead the pack back to its roots? After all, it has been said (and I'm paraphrasing), "McAsh is the best fucking band in the world."

What Doth Life is proud to present the 24th installment of operation: takeover, taking it back to where it all began.

A Windsor, VT based recording collective and label est. 2010. Encouraging our friends and ourselves to put out records and make some noise.

Bandcamp Daily  your guide to the world of Bandcamp

Featured sounds by K.Spark and WIZDUMB, plus Basi joins the show to discuss his latest release.